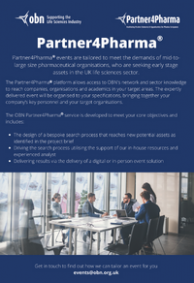 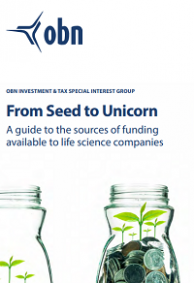 The collaboration is anticipated to be undertaken over a one-year period, with NRG Therapeutics potentially investing over £1 million in the project. The programme is being made possible following NRG receiving a £2.68 million early-stage Biomedical Catalyst (BMC) award funded by government-backed agency Innovate UK.

Previous work carried out by NRG Therapeutics, which was funded by Parkinson’s Virtual Biotech, the drug development arm of Parkinson’s UK, has led to the identification of a number of small molecule lead series which inhibit mitochondrial permeability transition pore (mPTP). The mPTP is a transmembrane protein located in the mitochondrial inner membrane which is critical for cell signalling and regulated cell death. Inhibition of mPTP in brain cells has been shown to be neuroprotective in several preclinical models of Parkinson’s and other neurodegenerative diseases.

NRG and Domainex will conduct an integrated lead optimisation programme in order to optimise the pharmaceutical properties of small-molecule mPTP inhibitors, with the ultimate aim of nominating a pre-clinical candidate for the treatment of Parkinson’s or motor neuron disease (MND). This project follows several projects Domainex has worked on that have been funded by Innovate UK, such as a project targeting IKKƐ/TBK1 for the treatment of inflammatory disease. Domainex also received Innovate UK funding to develop its PoLiPa technology.

“We are thrilled to have been selected by NRG Therapeutics to work on this exciting project,” said Tom Mander, CEO of Domainex. “We hope that this programme will result in a new treatment for neurodegenerative diseases, such as Parkinson’s, which will ultimately benefit patients who desperately need new treatment options for these devasting diseases.”

“Mitochondrial dysfunction is a common underlying pathology in many degenerative diseases and there is a substantial body of preclinical data available which demonstrates that inhibition of the mPTP in the brain prevents neuronal cell death, reduces neuroinflammation and extends survival in animals. We look forward to working with Domainex to progress the development of these compounds into potentially lifechanging medicines.”